International law views the West Bank and East Jerusalem as "occupied territories," considering all Jewish settlement building on the land to be illegal. 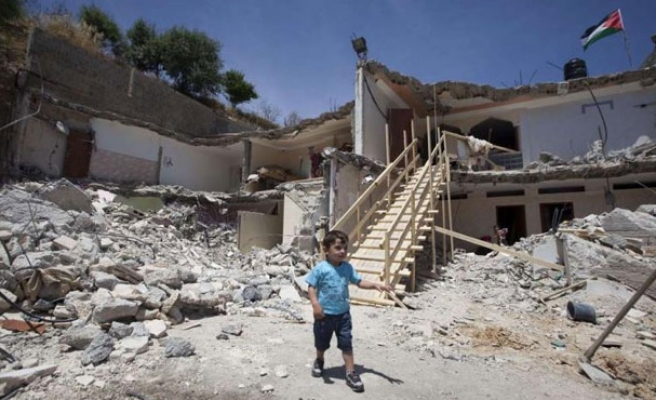 Israeli authorities have demolished a Palestinian house in occupied East Jerusalem on the pretext that it was built without a permit, eyewitnesses have said.

According to the witnesses, the building was recently built by Palestinian Ahmed al-Abbasi and had housed 14 people, all of whom were forced to spend the night in the open following the demolition.

Palestinian officials accuse Israeli authorities of launching a relentless campaign to seize control of the Silwan neighborhood, which is located only a few hundred meters from the flashpoint Al-Aqsa Mosque compound.

Israel occupied East Jerusalem and the West Bank during the 1967 Middle East War. It later annexed the city of Jerusalem in 1980, claiming it as the capital of the self-proclaimed Jewish state – a move never recognized by the international community.

International law views the West Bank and East Jerusalem as "occupied territories," considering all Jewish settlement building on the land to be illegal.

Sacred to both Muslims and Jews, East Jerusalem is home to the Al-Aqsa Mosque, which for Muslims represents the world's third holiest site.

Palestinians complain that the Israeli municipal authorities impose tight restrictions on the construction and renovation of Palestinian homes in the flashpoint city.

According to the UN Office for the Coordination of Humanitarian Affairs (OCHA), Israel demolished around 97 Palestinian structures in East Jerusalem last year.