Israeli bulldozers razed the village for the first time on September 16, leaving some 100 residents without shelter. 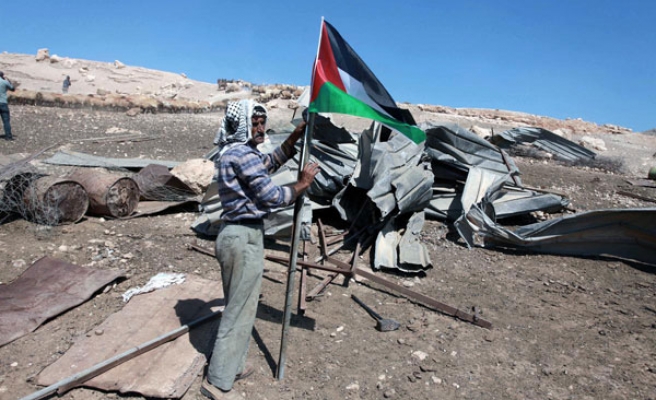 Israeli bulldozers on Thursday demolished a Palestinian Bedouin village in the Jordan Valley for the fourth time in two weeks.

Israeli bulldozers razed the village for the first time on September 16, leaving some 100 residents without shelter.

The homes were subsequently destroyed two more times by Israeli forces, which destroyed them again -- for the fourth time -- on Thursday.

A Palestinian official has described the home demolitions as a "war crime."

Israeli officials were not available for comment on the issue.

More than 10,000 Palestinians live in the Jordan Valley in makeshift homes and tents, since Israel restricts construction of cement and iron buildings in the area.

There are currently 21 Israeli settlements in the Jordan Valley area, although Israel has announced plans to increase the area devoted to Jewish-only settlement building.

Israel sees the Jordan Valley as an economic and security buffer zone for Jewish settlements and wants to keep the region under its firm control in any future peace deal with the Palestinians.

Palestinians, for their part, want the Jordan Valley as part of their future state.