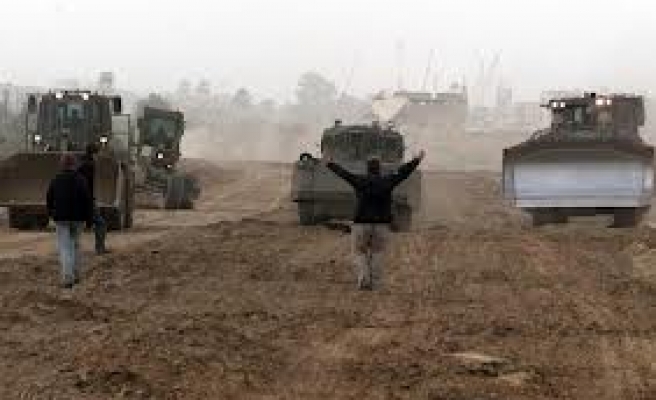 The bulldozers scooped a large tract of farmland before turning back into Israel, they added.

Israeli authorities have yet to comment on the incident.

Israel has conducted several limited incursions into the coastal strip since the signing of an August cease-fire deal with Palestinian factions.

The offensive, which lasted from July 7 to August 26 of last year, left 2,160 Palestinians dead – the vast majority of them civilians – and some 11,000 injured.