Israel has carried out fighter jet strikes after rockets were fired into southern Israel from the West Bank. 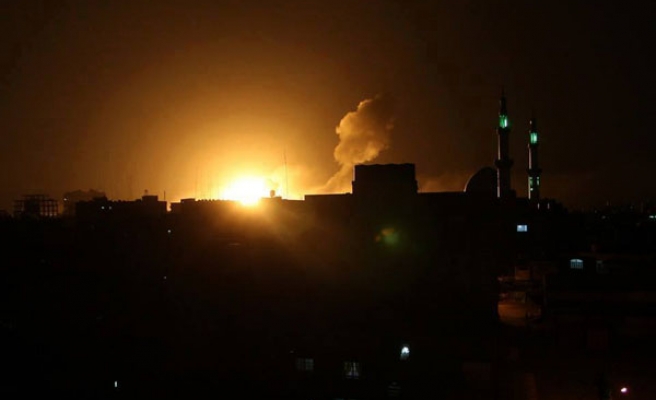 Israel carried out air strikes in the Gaza Strip on Saturday after rockets were fired into southern Israel.

One air strike targeted a national security base east of the Jabalia refugee camp in the north of the strip, moderately injuring one Palestinian, medical sources said on Saturday.

Another air strike hit a base east of Gaza city in the Zeitoun neighbourhood while a third hit an empty field in the north of the Gaza Strip in Beit Hanoun.

Earlier on Friday, a rocket fired from the strip struck a parked bus in the town of Sderot without causing casualties, Israeli police said.

An Iron Dome anti-rocket battery also shot down a rocket over the southern city of Ashkelon.

A group called the Brigades of Omar Hadidi, which is believed to be affiliated with ISIL claimed responsibility on Twitter for firing the Grad rocket at Ashkelon.