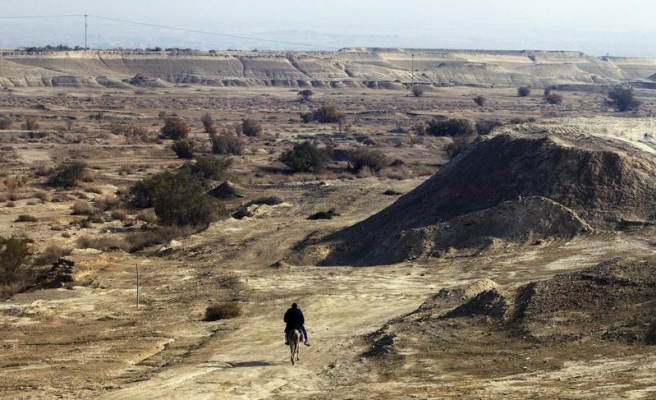 Israeli army forces dismantled on Monday a makeshift village erected by Palestinian activists in the Jordan Valley as a way of confronting Israeli settlement building in the occupied region.

Scores of activists from the West Bank refugee camps on Saturday started building Al-Awdah village near Beesan's checkpoint in the northern Jordan Valley.

Israeli officials could not be immediately reached for comment.

Palestinian activists have been establishing symbolic villages in the area by renovating abandoned homes or erecting makeshift tents to protest the ongoing of Jewish settlement on occupied Palestinian lands.

The Jordan Valley is populated by nearly 10,000 Palestinians, who are mostly farmers.

Israel has built nearly 21 Jewish settlements in the area, which it views as an economic and security buffer zone.

Israel wants to keep the region under its control in any future peace deal with the Palestinians.

Palestinians, for their part, insist that the Jordan Valley, which constitutes nearly 30 percent of the occupied West Bank, as part and parcel of the future Palestine.