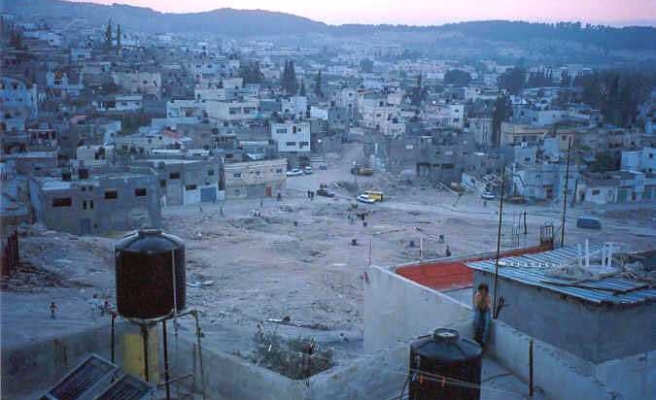 At least 27 Palestinians were injured and three were arrested after Israeli forces stormed Jenin refugee camp in the West Bank at dawn on Sunday, according to local eyewitnesses.

He added that an Israeli missile also hit the home of a local man described as a member of the armed wing of Hamas.

According to other eyewitnesses, clashes erupted between angry Palestinian youth and Israeli forces who were accused of using live ammunition and rubber bullets.

Nader Arshid, director of the Khalil Sulaiman hospital in Jenin, told Anadolu Agency that 27 Palestinians were hit with live ammunition.

He added that scores of others suffered from suffered gas inhalation but were treated at the site of the disturbances.

The Israeli army said in statement that it arrested two Palestinians after surrounding a house in Jenin, adding that it seized one M-16 rifle and explosives found in the property.

The army would not confirm the launch of a missile at a Palestinian house.

Tensions have run high in the Israeli-occupied West Bank and East Jerusalem since the killing last week of two Jewish settlers near Itamar settlement southern West Bank city of Nablus.

Fatal stabbings and clashes have also broken out in Jerusalem’s Old City.