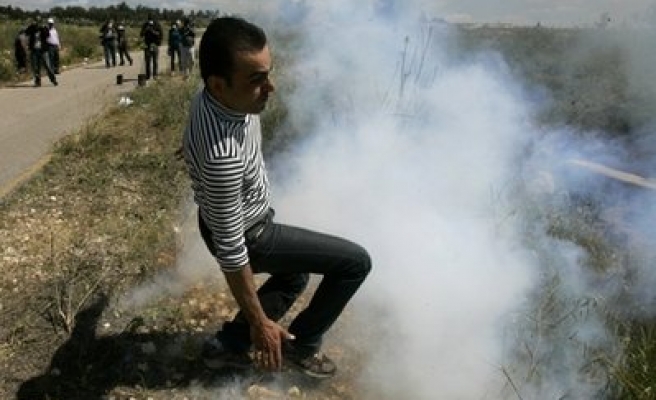 Eight journalists, including three from Anadolu Agency, were among those injured.

The clashes come on the eve of the 13th anniversary of the outbreak of the Second Palestinian Intifada, or uprising, triggered by a visit to Al-Aqsa Mosque by right-wing Israeli politician Ariel Sharon in 2000. Thousands of Palestinians were killed and injured duriing the period.

Palestinian groups have called for rallies following the weekly Friday prayer to denounce repeated Israeli violations of the Aqsa Mosque, located in the city of Al-Quds (Jerusalem) and considered a holy site by both Muslims and Jews.

In recent weeks, groups of extremist Jewish settlers, often accompanied by Israeli security forces, have been entering the Aqsa Mosque complex on an almost daily basis.