One of the suspects shouted to reporters, "he was beaten up, he should be beaten up completely. As far as I am concerned, he can die." 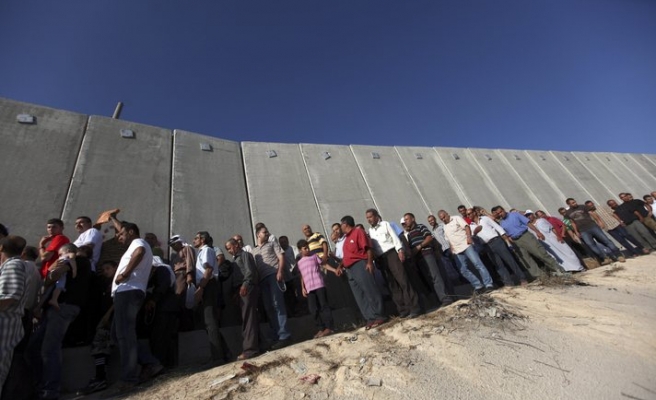 Seven members of Jewish gang have been arrested on suspicion of assaulting a Palestinian resident of occupied East Jerusalem, police said on Monday in the case provoked outrage in the city.

Jamal Joulani was beaten unconscious by an Israeli gang as he walked through a square in West Jerusalem with relatives on Thursday night.

A paramedic from Israel's main ambulance service who chanced upon the scene said he had to revive Joulani. "He was not breathing and his heart had stopped beating, he would have died if he had not received the treatment (I gave him)," said Neriah Malkieli.

Joulani has since recovered consciousness but is still in hospital.

Police said the seven were arrested over the weekend. One 19-year-old man was remanded in custody in court on Sunday and two youths were still being questioned, officers said.

Four youths - two teenage boys and two girls - appeared in court on Monday and were either remanded in custody or released to house detention.

One of the suspects shouted to reporters when being taken into Jerusalem Magistrates Court on Monday he was not upset at being implicated.

"Yes, I was involved because he cursed my mother ... He got the kick he deserved, not more ... He was beaten up, he should be beaten up completely. As far as I am concerned, he can die," the youth said.

The attack came hours after six Palestinians suffered serious burns when a fire bomb set their vehicle on fire in the occupied West Bank.

A military source and Israeli media blamed the attack on Jewish settlers.

Palestinians and Israeli human rights groups say that settlers are rarely prosecuted in cases of violence against Palestinians in the occupied West Bank.

The United Nations' International Court of Justice and most governments rule Jewish settlements in the occupied West Bank illegal.