The Israeli minister for Culture Miri Regev has said that the Palestinian women who saved a 12 year old boy from an attack by an Israeli soldier should have been shot. 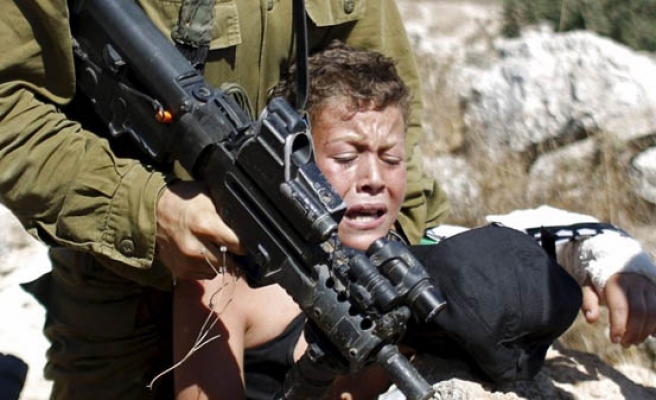 Israeli Minister of Culture Miri Regev has said that the Israeli army should have shot the Palestinian women who saved a Palestinian boy from the hands of an IDF. The incident took place during the Nabi Saleh village’s weekly demonstration against the illegal confiscation of their land, according to a report in Midde East Monitor.

In statement on Facebook, she said that the unarmed protesters should have been shot. Regev called on Defence Minister Moshe Ya’alon and Prime Minister Benjamin Netanyahu to change the army’s policy on the use of live-fire because of the “humiliation” the soldier endured.

“We need to decide immediately that a soldier that is attacked is permitted to return fire. Period. I call on the minister of security to put an end to the humiliation and change the open fire regulations immediately!”

“Anyone who tries to harm Israeli civilians and soldiers needs to know his blood is in his head,” Regev continued, using a Hebrew expression to convey that the Palestinians who assaulted the soldier are fair game for shooting.

In emerging reports, Israel Palestinian activist Basil al-Tamimi, the father of 12-year-old Mohamed al-Tamimi, who was beaten by an Israeli soldier during a Friday demonstration in the occupied West Bank, a move that comes after they failed to arrest the young boy.

“The Israeli army arrested Basil and his wife, Nariman, as they tried to cross an army checkpoint at the entrance of Nabi Saleh village north of Ramallah,” Bassam al-Tamimi, another Palestinian activist, told Anadolu Agency. “Soldiers arrested Basel and his wife and prevented us from communicating with them.”