A Palestinian fishing boat caught fire after being shot at and sank, according to a report in Walla citing Palestinian outlets 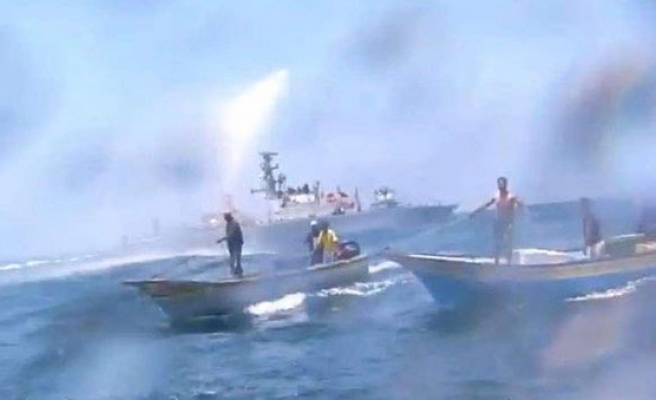 A Palestinian fishing boat caught fire and sank off the coast of Rafah City in the southern Gaza Strip early Saturday after being targeted by Israeli naval forces according to a report by Ma'an News Agency.

Head of the fishermen’s union Nizar Ayyash told Ma'an that “Israeli war boats targeted a vessel with several shells, setting it on fire and causing it to sink.”

Ayyash said the fate of those on board was not yet known.

An Israeli army spokesperson told Ma’an that a vessel from Egypt infiltrated the area of sea off the of the Gaza Strip under Israeli military blockade in a “smuggling attempt.”

The spokesperson said forces called the vessel to return and fired warning shots into the air, at which point “smugglers began throwing suspicious cargo off board.”

Israeli naval forces continued to open fire on the vessel “to prevent the smuggling of suspicious cargo” as those on board jumped from the boat before it caught fire, the spokesperson said.

Palestinian fishermen are generally targeted by Israeli forces inside of or near the military-imposed “buffer zone” on both land and sea. While the exact limits of the zone are often unclear, they are enforced with live fire.
The policy that in effect destroyed much of both the agricultural and fishing sectors of the impoverished Palestinian territory, which has been under a crippling Israeli blockade since 2007.