﻿Gaza buys 120 megawatts of electricity from Israel every day. 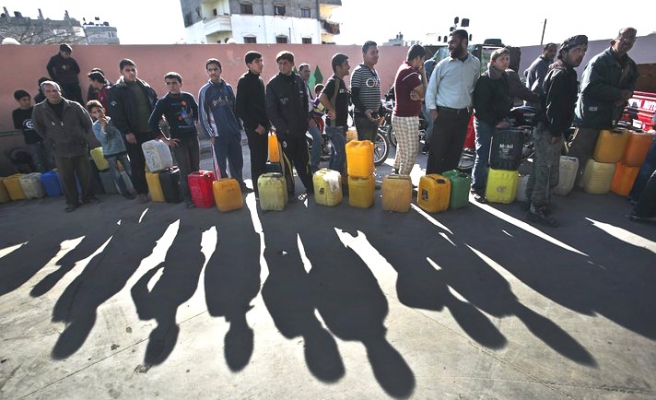 Israeli Deputy Defense Minister Danny Danon on Wednesday urged his government to immediately cut off fuel and power supplies to the Gaza Strip amid an ongoing Israeli military offensive.

"It is inconceivable that on the one hand we fight Hamas and on the other we provide fuel and electricity that are used to transport missiles that are fired at us," Danon was quoted as saying by the Jerusalem Post newspaper.

"We need to use all of the levers of pressure that we have at our disposal in order to bring Hamas to sue for a ceasefire," he added.

Gaza's only functioning power plant only supplies 65-megawatt - about one third of its total electricity needs, while the besieged enclave buys 120 megawatts of electricity from Israel and 28 megawatts from Egypt every day, according to Gaza's energy authority.

At least 24 Palestinians have been killed in Israeli airstrikes on Gaza since Israel launched a military offensive – dubbed "Operation Protective Edge" – on Monday with the stated aim of ending rocket fire from the strip.

Israeli forces continue to strike scores of sites across the coastal enclave, while ground troops are being amassed on the border for a possible ground incursion.

Gaza-based resistance factions, for their part, continue to fire rockets into Israel in response to the ongoing airstrikes.