"Around 2,000 young Gazans lost one or both parents in the Israeli war," Palestinian Social Affairs Ministry official Etimad al-Tarshawi said. 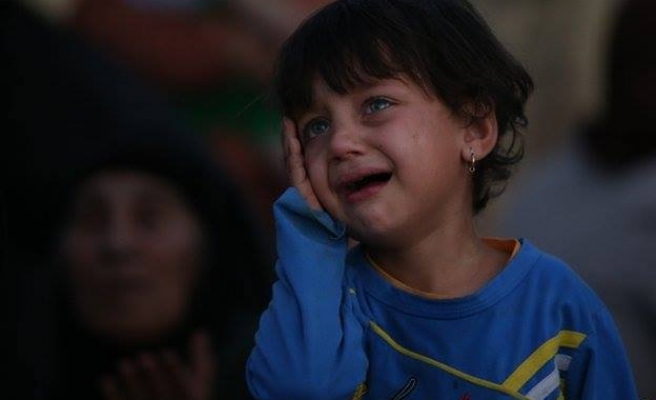 Israel's devastating seven-week offensive against the Gaza Strip has left 2,000 Palestinian orphans in its wake, the Palestinian Social Affairs Ministry said on Tuesday.

"Around 2,000 young Gazans lost one or both parents in the Israeli war," ministry official Etimad al-Tarshawi said.

She said Palestinian authorities would likely face a crisis in catering to the large number of orphans left by Israel's recent onslaught.

At least 2,152 Palestinians were killed and nearly 11,000 injured – the vast majority of them civilians – over 51 days of fierce Israeli bombardment of the Gaza Strip, which ended late last month.

The onslaught partially or completely destroyed thousands of residential structures across the blockaded coastal enclave.

The offensive, launched with the stated aim of halting rocket fire from Gaza, finally ended with the announcement on August 26 of an open-ended cease-fire between Israel and Palestinian resistance factions.

Palestinian resistance faction Hamas said Tuesday that it had provided some $32 million in compensation to families whose homes were destroyed during Israel's recent onslaught on the blockaded Gaza Strip, according to a group statement.

The movement, which has remained in de facto control of the Gaza Strip since 2007, said it had distributed the money as "emergency relief… to families victimized by Israel's recent aggression in the Gaza Strip, whose homes have been completely or partially destroyed."

The movement said it had distributed over $19.6 million to Palestinians across the Gaza Strip whose homes had been completely destroyed and over $11.4 million to those whose homes were partially destroyed by Israeli bombardments.

The movement also said it had distributed some $800,000 to the families of Palestinians slain during the bloody offensive, vowing to provide aid packages to other Gazan families victimized by Israel's recent aggression.

Hamas stressed that the aid disbursements were separate from official compensation packages, which afflicted Palestinian families are owed by "various entities."