Police will deploy in cities in which there are mixed Jewish-Muslim populations, Israel Radio reported. 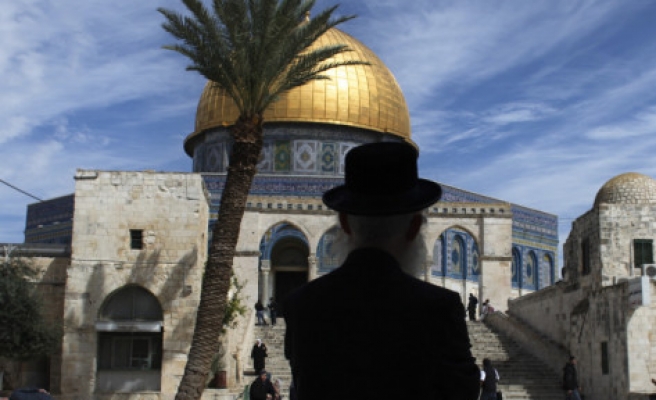 Police will be deployed in the northern parts of Israel in preparation for Yom Kippur, the holiest day of the Jewish calendar, which will coincide with the Muslim Eid al-Adha feast next Saturday, the Israeli police have said.

Police will deploy in cities in which there are mixed Jewish-Muslim populations, Israel Radio reported.

The broadcaster added that police would also contact municipal and religious leaders with a view to preempting possible confrontations on the two holidays.

Life comes to a standstill in Israel during Yom Kippur celebrations, with all institutions, schools, commercial shops, ports and airports closing their doors. Police often close certain streets during the feast to prevent the movement of traffic.

Muslims, however, tend to spend much of the Eid al-Adha feast visiting one another's homes.

Israeli officials met on Monday at the Acre municipality building in northern Israel to discuss measures aimed at preserving public order and preventing holiday clashes between Jewish and Muslim residents, according to Israel Radio.

Officials, the broadcaster reported, had decided to provide a special road in predominantly Jewish neighborhoods of Acre by which Muslim residents might visit their relatives during the feast.

It remains unclear whether similar measures would be adopted in other cities, such as Jaffa or Haifa in central Israel.