Palestinian leaders accepted a U.S. invitation for face-to-face peace talks with Israel but said they would withdraw if it resumed Jewish settlement building. 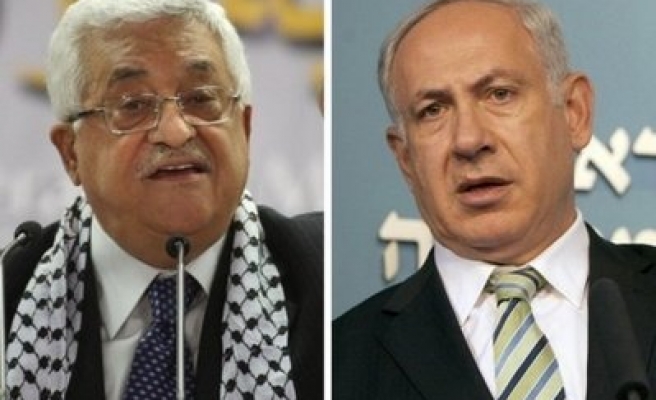 Palestinian leaders on Friday accepted a U.S. invitation for face-to-face peace talks with Israel but said they would withdraw if it resumed Jewish settlement building on occupied land.

The PLO executive committee accepted the U.S. invitation to begin direct talks during an emergency meeting in Ramallah. "We hope that the Israeli government will choose peace not settlements, will choose reconciliation and not the continuation of occupation," Erekat said.

The chief Palestinian negotiator said the Palestinians would pull out of the talks, due to start on Sept. 2, if the Israeli government announced any new settlement building on land where the Palestinians aim to found their state.

"If the Israeli government decides to announce new tenders on Sept. 26, then we won't be able to continue with the talks," Saeb Erekat said after a meeting of the Palestine Liberation Organisation's (PLO) executive committee in Ramallah.

He was referring to the date when a 10-month, Israeli freeze on settlement building in the West Bank is due to end.

Israel already said it accepted the invitation issued earlier on Friday by the United States for a start to direct negotiations but he has resisted any condition that Palestine has urged after no progress has been achieved in proximity talks.

Abbas had sought a full halt to Israeli settlement building before any direct negotiations. He also had demanded a clear agenda for the talks -- demands which Palestinian critics said he failed to secure.

"Now they go to direct talks with neither," Palestinian political commentator Hany al-Masri told Reuters. "It damages the credibility of the president and the leadership," he said.

"This will help Hamas," he added. Hamas, rules the Gaza Strip, is a rival movement of Fatah. Hamas beated Fatah in previous democratic elections but it is governing only Gaza, avoiding to seek any administration in West Bank.

Hamas has strongly opposed the direct talks with Israel which launched a massive, land, sea and air attack on Gaza, killing more than 1,434 Palestinians, a third of them were children.

U.S. Middle East envoy George Mitchell said on Friday that the parties would determine the terms of reference and basis for negotiations when they met.

Abbas, by far the weaker party, has said he had faced unprecedented international pressure to agree to direct talks.

His credibility has been damaged by the failure of past talks and he was reluctant to enter more negotiations with an Israeli leader Abbas says is unwilling to make the Palestinians a peace deal they can accept.

The Palestinians said they had accepted a resumption of direct talks based on a statement issued on Friday by the Middle East Quartet -- the United States, Russia, the European Union and the United Nations.

That text reiterated a commitment to earlier Quartet statements, including one which called on Israel to freeze all settlement activity. However, U.S. Secretary of State Hillary Clinton, inviting the parties to start the talks in Washington, made no mention of the statement.

"We confirmed our opposition to accepting Hillary Clinton's invitation," said Tayser Khaled, a member of the PLO executive committee representing the Democratic Front for the Liberation of Palestine. "It was provocative and amounted to submission to Israeli conditions," he said.