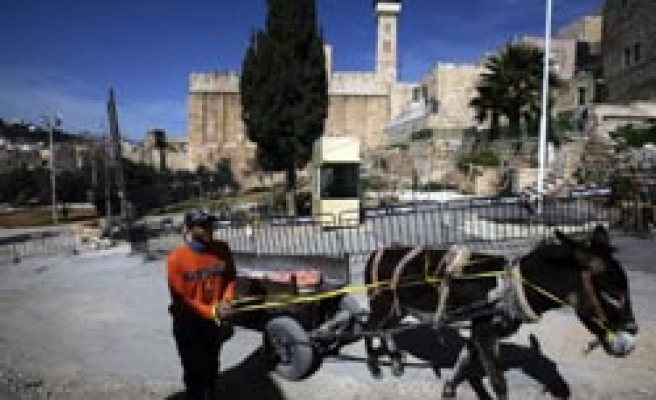 A group of Israeli settlers backed by Israeli army troops early Monday seized and bulldozed a Palestinian agricultural land near the city of Nablus in northern West Bank.

As many as 50 Jewish settlers seized dozens of dunams (a land area measure of about 900 square metres) of arable land close to the villages of Aqraba and Aurta, south of Nablus, said Ghassan Daghlas, the Palestinian official responsible for the settlement file in the northern West Bank.

"They [settlers] razed the land in the early hours of the morning," Daghlas told Anadolu Agency by phone, adding that the Israeli army had prevented village residents from reaching their land.

Around 20,000 settlers live around Nablus in 39 Jewish-only settlements. Settlers attack Palestinian residents on an almost daily basis, frequently under the protection of Israeli military personnel.

Israeli Prime Minister Benjamin Netanyahu has insisted that the self-proclaimed Jewish state would go ahead with its settlement plans in the West Bank.