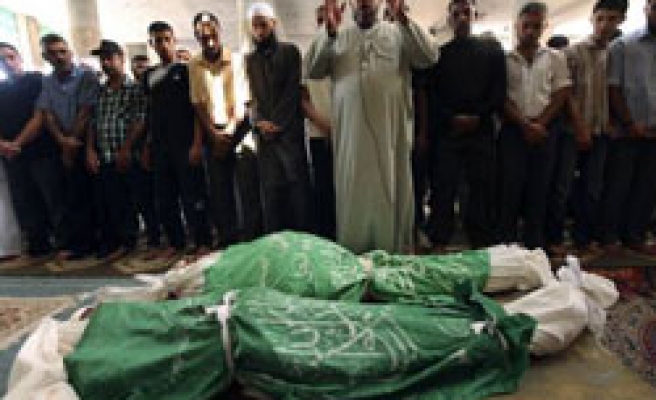 Hamas security and medical officials said the three Palestinian dead were farmers from the town of Beit Hanoun near the Israel-Gaza border. Three other Palestinians were wounded, they said.