An Israeli soldier attacked a young Palestinian girl and attempted to arrest a Palestinian boy with a broken arm. 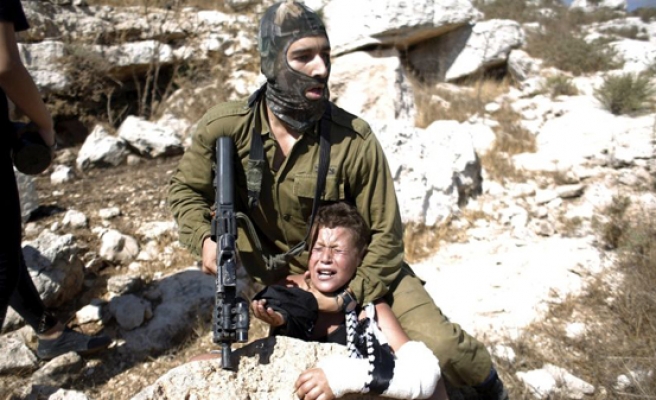 An Israeli soldier tried to detain a minor during clashes in the West Bank village of Nabi Saleh on Friday, but a number of Palestinian women and children prevented him from doing so.

According to an article in Haaretz, activists who were at Friday's protest said that the soldier used violence against the 12-year-old boy, who had a broken which was in a cast. Jonathan Pollak, one of the activists present at the time, told Haaretz that the boy did not throw stones and that the IDF force, who were in an abandoned building before approaching to detain the boy, could see he was a minor.

Pollak, who is employed by Haaretz, said that the soldier pointed his gun at the boy when he was detaining him.

According to an official statement from the army, the youth was throwing stones at the troops, who did not realize he was a minor.