Israeli occupation troops have been caught on tape arresting a six-year-old Palestinian boy as he begs to be let go. 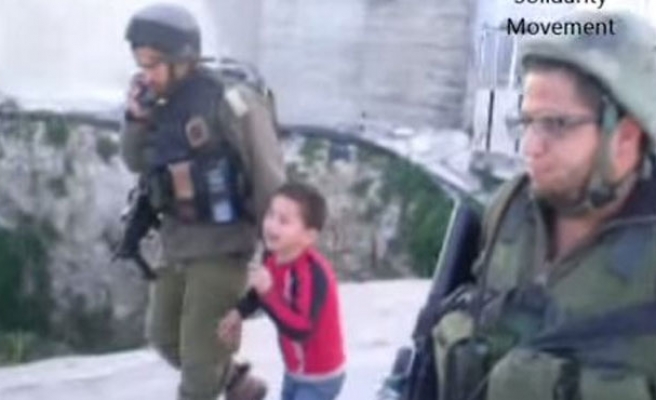 Video footage showing Israeli soldiers dragging a six-year-old boy away while he is crying and begging to be let go has emerged.

The boy was accused of throwing stones at Israeli troops before two Israeli soldiers grabbed him by the arms.

After a number of Palestinians surrounded the Israeli soldiers and urged them to let the boy go, senior officers agreed to give the boy up to his father.

The Ministry of Prisoner's Affairs in Ramallah recently published findings showing that Israelis arrested 900 Palestinian children in 2013, 180 of whom remain in prison.

You headlined the story "Israeli soldiers arrest 6-year-old boy", but as you read it, it says that the soldiers gave the child to his father. In other words, the child wasnt arrested at all.