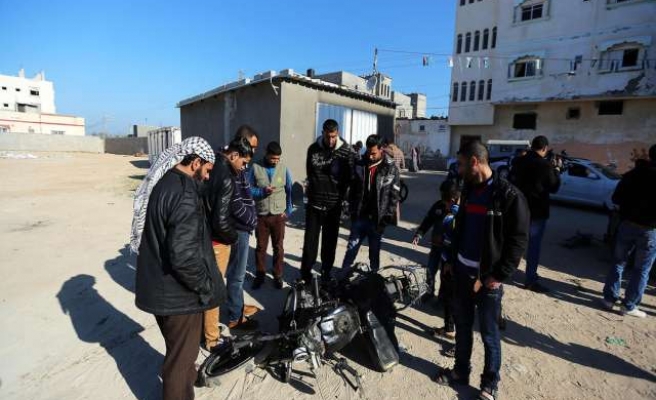 An Israeli air strike on the Gaza Strip on Sunday critically wounded a Palestinian whom the military said was responsible for launching rockets at southern Israel.

The man, identified by Israel as Abdallah Kharti, a member of a small Gaza militant group called the Popular Resistance Committees, was hit by a missile while riding a motorcycle in Gaza city.

"Kharti was involved in numerous incidents of rocket fire towards Israel," the military said in a statement, adding that 33 rockets had been launched at Israel so far this year.

Hospital officials in Gaza said he was in critical condition.

Hamas, which rules the Gaza Strip, says it has been trying to prevent smaller militant groups from firing cross-border rockets, to stave off a broader escalation with Israel.