Descendants of an ancient people who originated in what is now Syria and Iraq, most Arameans now live in villages in the Galilee, Nazareth and Haifa. 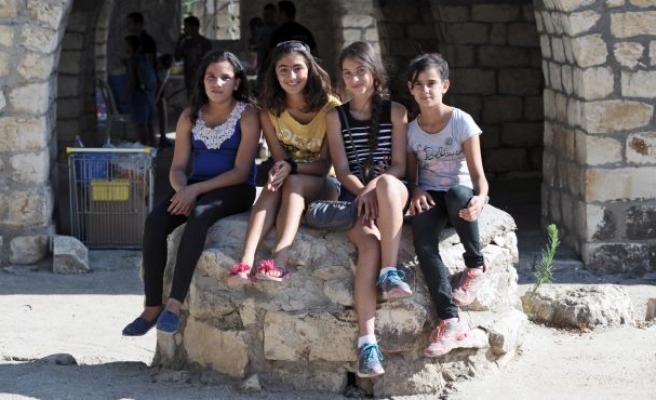 A community of self-proclaimed Arameans in Israel are struggling to get official recognition as a minority within the country's minority Christian population.

This group of Arabic-speaking Christians in Israel have long been represented under the umbrella of Israel's 130,000-strong Christian minority - most of whom are classed as Israel Arabs.

Although Arab Christians in Israel are already a minority among 1.65 million Israeli Arabs - most of whom are Muslim are prefer to be called Palestinian citizens of Israel - this small community of Arameans neither describe themselves as Arabs or Palestinians.

Descendants of an ancient people who originated in what is now Syria and Iraq, most Arameans now live in villages in the Galilee, Nazareth and Haifa. They also have tiny communities scattered across the Middle East, in addition to those who moved to the West, particularly in Sweden.

While many Arameans in Sweden have retained the ancient Aramaic language - a Semitic language often associated with Jesus Christ - Arameans in Israel are trying to revive their language in their churches and schools.

Former Israeli army lieutenant Shadi Halul has been running late-summer Aramean Heritage Camps for Aramean children to help them get back in touch with their roots, teaching them folk songs in the Aramaic language.

The community is now working on a campaign to gain recognition for their status as Arameans rather than Arabs, after 'hundreds' sign a petition that was handed into Israel's Interior Ministry.

Israel's daily Haaretz reported that lawyer Yael Katz Mastbaum intends to take the Arameans' case to court if the Ministry does not follow through with its promises to address the issue.

“Once our status is formalized, I believe that anywhere from 30,000 to 40,000 will want to register right away, and within a few years, it will be the majority of Christians in this country,” Halul told Haaretz.

However, Sammy Smooha, a professor of sociology at the University of Haifa and Israeli Christian studies expert, dismissed the Arameans' demand for a separate identity. “They’re a fringe group and don’t at all represent the mainstream.”

“Most Christians in this country identify as Arabs and don’t buy their [the Arameans'] story,” Smooha added.

Meanwhile, senior researcher at the Jerusalem Institute for Israel Studies, Dr. Amnon Ramon, told Haaretz that the Arameans were attemtping to invent a new nationality in order to distinguish themselves from Arabs and thus gain the favor of the Israeli government.

Noting that most of the families who call themselves Arameans were expelled from the village of Biram by Israelis in 1948 by virtue of the fact that they were identified as Arabs, Dr. Ramon argued that in distancing themselves from the Arab society, they hoped the Israeli government would allow them to return to their hometown.

Dr. Ramon also stated that he believes the real number of Arameans or “Arabic-speaking Christians” to be just a few hundred families.