Israel's settlement activities rise by 40% in 2014

Israel set a 10-year record last year for the number of tenders it issued for construction in settlements on occupied land in the Palestinian territories, the anti-settlement watchdog group Peace Now said on Monday. 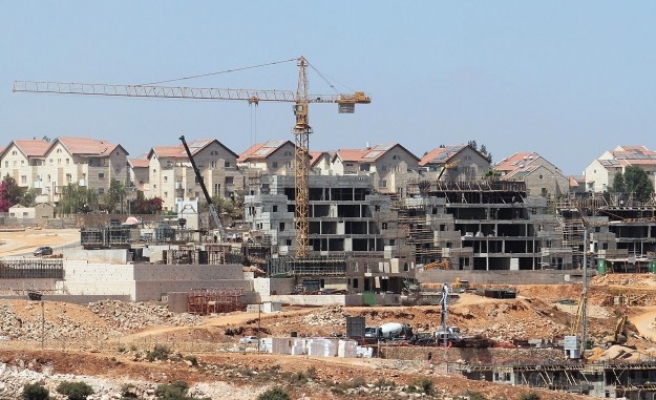 Peace Now, which campaigns against Israeli settlement activities, said in a report that Israel started building 3,100 residential units in the Palestinian territories in 2014.

It added that tenders for 4,485 additional residential units were published throughout the same year.

"On Jan. 30 of 2015, tenders were issued for 450 more units in the occupied West Bank by the government of Israeli Prime Minister Benjamin Netanyahu," the NGO said.

It added that between March 31 of 2009 and January of 2015, the two governments led by Netanyahu promoted at least 106 construction plans for 13,077 different residential units in 57 settlements.

International law considers the West Bank and East Jerusalem occupied territories captured by Israel in 1967, deeming all construction of Jewish settlements on the land illegal.

Palestinian negotiators have insisted that the establishment of Israeli settlements had to end for stalled peace talks with Israel to resume.