Izz ad-Din Al-Qassam Brigades tidies itself up, says its commander 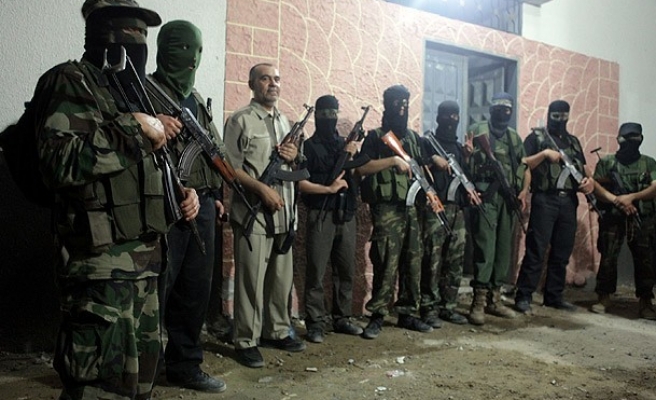 Abu Ali Atiye, regional commander of Izz ad-Din Al-Qassam Brigades in Jabalia, has said that the organization tidied itself up following the Second Intifada between September 2000 and 2005.

"We do not have tanks, aircraft or choppers, like Israel has. Despite their advanced arms, we have weapons that are not influential, but we have faith. We are ready if a new conflict emerges," Atiye told Anadolu Agency on Monday in an exclusive interview.

Stating that they would never lose their faith, "We will continue battling even if Israel gives us a rough time. We care nothing about their threats, and we are getting much stronger when they threat us," said Atiye.

Noting that the organization was continuing its fight with 800 members in Jabalia and 20,000 members in Gaza, Atiye stated that the numbers meant nothing to them.

"Occasionally our numbers reach 100,000. We are the people of Gaza. Battle should be made with faith, not with numbers. We believed that with the number of our members we can gain the independence of Al-Masjid Al-Aqsa," Atiye said.

Second Intifada, a period of intensified Palestinian-Israeli conflict, which began in late September 2000 and ended around 2005.