Abe's schedule for the West Bank visit had been shortened due to his preoccupation with following the developments of the two Japanese nationals' kidnapping, a source said 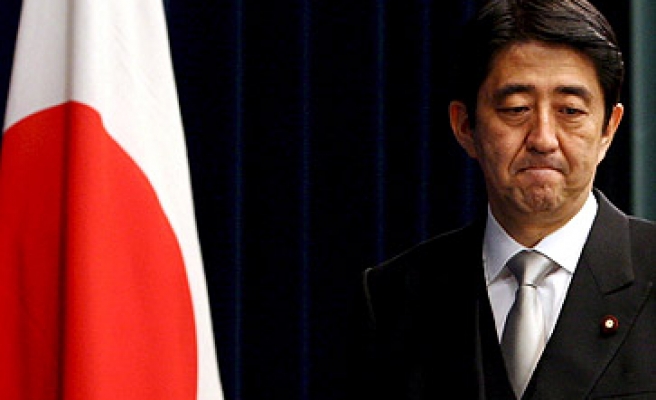 Japanese Prime Minister Shinzo Abe has cut down the activities of his current visit to the West Bank, hours after militants from the ISIL group claimed the abduction of two Japanese nationals in Syria.

A source from the office of Palestinian Authority (PA) President Mahmoud Abbas told The Anadolu Agency that Abde, who concluded a visit to Israel earlier in the day, will only meet Abbas before leaving Ramallah later on Tuesday.

Abe's schedule for the West Bank visit had been shortened due to his preoccupation with following the developments of the two Japanese nationals' kidnapping, according to the source, who asked to remain anonymous.

Abde had been scheduled to inaugurate an industrial complex in the northern Jericho city following his meeting with Abbas. His wife, who visited the Church of Nativity in Bethlehem earlier on Tuesday, has also canceled a visit to a women rights' center near Ramallah.

Abe embarked on a Middle East tour last week in which he also visited Egypt and Jordan.

The masked militant gave the Japanese government a 72-hour ultimatum to pay a $200 million ransom or else the two hostages will be executed.

The Japanese government, for its part, said it would not "bow down to terrorism" as officials asserted that an investigation had been launched to assess the video clip's authenticity.