Participants marched towards Herod's Gate and Salah al-Din street while chanting slogans to commemorate the dead. 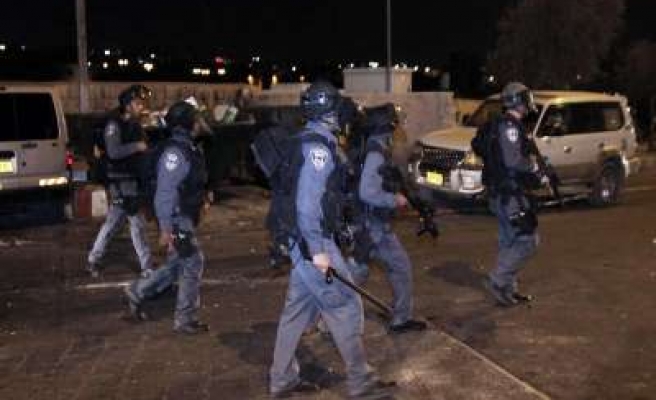 Protesters marched through the streets of Jerusalem on Saturday to condemn the deaths of two Palestinians who have died at the hands of Israeli forces in the last week, Maan News Agency reports.

The protest began at Damascus Gate, where Israeli police on horseback immediately tried to disperse the demonstration, organizers said.

Participants marched towards Herod's Gate and Salah al-Din street while chanting slogans to commemorate the dead.

The march was held in memory of Jihad Abd al-Rahman al-Taweel, who died on Tuesday weeks after being assaulted by prison guards, and Muatazz Washaha, a young man killed after Israeli forces fired a shell at his home during an arrest raid on Thursday in Birzeit.

Israeli police beat protesters, and assaulted journalists who were on the scene, Maan said, preventing them from filming.

Demonstrators managed to return to Damascus Gate, and continued on to the Al-Aqsa Mosque, despite a heavy military presence at the gates of the compound.

An Israeli police spokesperson could not be reached for comment.