Dozens of Jewish settlers overnight took over a large, five-story building in Silwan, and tried to force a Palestinian family who resides in it and holds a legal rental contract, to leave. 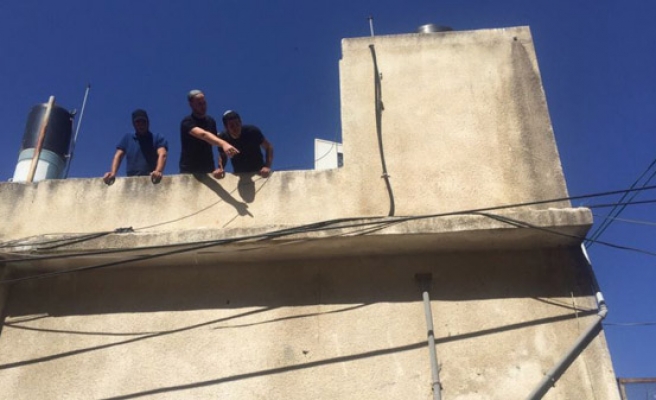 The settlers first replaced the locks on the and then moved in household items on Thursday morning.

Ateret Cohanim, an organization that purchases properties in Arab neighborhoods of Jerusalem in order to settle Jews in them, sued the Palestinian owners of the building a fewmonths ago in order to have them evicted. They claimed that the house was belonged to a hekdesh, a traditional Jewish landowning association, a century ago. Settler activists pressured the building’s residents to leave without being evicted.

According to Palestinian sources in Silwan, the building’s Palestinian owner "admitted" that he had reached a financial agreement with Ateret Cohanim.

One Palestinian family refused to vacate their apartment, saying their lease was still in effect however the settlers claimed the family’s lease was invalid. The family remains in the building.

In recent weeks, other Jewish familes have taken over other homes in the area. Palestinians in the area said that the appearance of new locks and doors on another nearby building was a sign that more settlers were to be expected to move in very soon. There are now about 15 Jewish families living in the area.

In a separate incident two Jewish teenages were arrested Thursday  in Nof Ayalon where a conference for administraive detention was being held, for allegedly violating a restraining order barring them from entering the West Bank. At this stage, the circumstances of the arrest remained unclear..

The restrictions mandated by administrative detention ranges from nighttime curfews and house arrest to being barred from entering Jerusalem and/or the West Bank.

“It seems that even a conference against administrative detention is against the Israel Police’s wishes. Unfortunately the police are receiving orders to act as if there are no limits to resources or authorities,” said Shmuel Meidad. The director of Honenu, an organization that is aiding the teens, Meidad took part in the conference.