Hundreds of Palestinian worshipers had stood up to the settlers after the latter tried to perform Talmudic rituals near the Al-Rahmeh Gate. 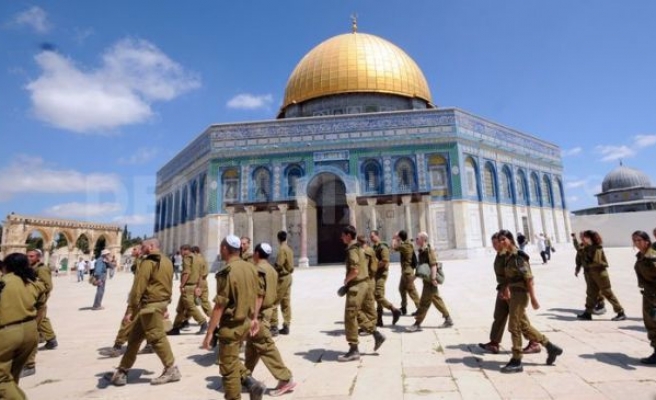 Scores of Jewish settlers and Israeli soldiers on Wednesday forced their way into the Al-Aqsa Mosque compound in occupied East Jerusalem, a Palestinian official has said.

He said that hundreds of Palestinian worshipers had stood up to the settlers after the latter tried to perform Talmudic rituals near the Al-Rahmeh Gate.

"They wandered through the compound's courtyards from the Al-Magharbeh Gate, passing through the Qibali and Marawani mosques before departing from the Al-Silsila Gate," al-Qiswani added.

Meanwhile, Israeli police stepped up security at the entrances of the holy site, preventing men under 40 years old from entering the compound.

In September 2000, a visit to the site by controversial Israeli leader Ariel Sharon sparked what later became known as the "Second Intifada" – a popular uprising against the Israeli occupation in which thousands of Palestinians were killed and injured.