Abdullah Ensour slammed the policies of Israel's government in occupied East Jerusalem, saying the latest developments in the holy city are "not isolated" 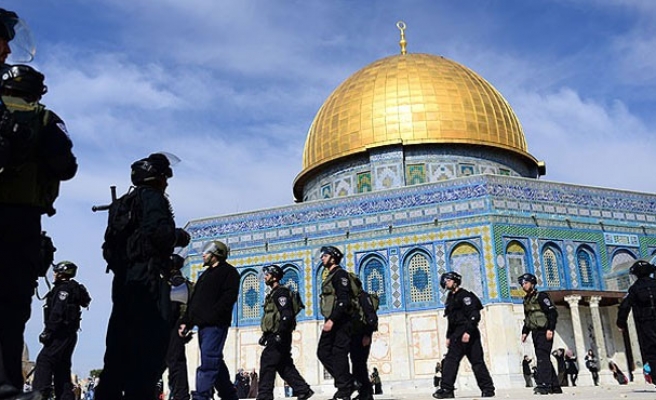 Jordanian Prime Minister Abdullah Ensour on Sunday slammed the policies of Israel's government in occupied East Jerusalem, saying the latest developments in the holy city are "not isolated" and part of an Israeli plan to "change the facts on the ground."

"Jordan denounces the latest developments that took place in the holy city. These events are not isolated, but rather an Israel government plan to change the facts on the ground," the Jordanian premier told a press conference in Amman.

He went on to say that the escalation in the city is "more like an Israeli electoral game." Yet, he did not elaborate.

On Wednesday, Jordan, which oversees Jerusalem's holy sites in line with a 1994 peace treaty with Israel, recalled its ambassador from Israel to protest Israeli "violations" in East Jerusalem.

Jordan's UN mission is also preparing to lodge a complaint with the UN Security Council over Israeli "aggression" in the flashpoint mosque complex.

During the press conference, Ensour linked the ambassador's return to "the end of the crisis and the return of the situation in the holy sites to normal."

Speaking of calls to abolish the peace treaty with Israel, the premier said that the move would entail political and security consequences that should be carefully addressed first.