Jordanian Ambassador in Tel Aviv Walid Obeidat has submitted a note of protest to the Israeli Foreign Ministry against preventing Muslim worshippers from entering the mosque. 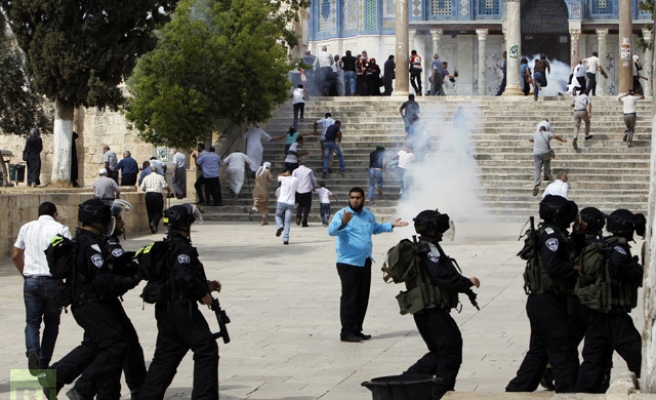 She also criticized the Israeli closure of some of the mosque gates and the heavy Israeli troop deployment in and around the mosque compound.

"The Jordanian government also rejects the storming by hundreds of Jewish extremists of Al-Aqsa compound," she added.

Israel occupied East Jerusalem during the 1967 Middle East War. In 1980, it unilaterally annexed the area and claimed Jerusalem as the unified capital of the self-proclaimed Jewish state – in a move never recognized by the international community.

In 1994, Jordan and Israel signed a peace treaty that normalized relations between the two countries and allowed them to exchange ambassadors.

Ties between the two neighbors recently soured, however, after an Israeli lawmaker proposed legislation that would revoke Jordanian oversight of Islamic and Christian holy sites in East Jerusalem, including Al-Aqsa Mosque, under the treaty.

The bill has not been put to the vote yet.

Jordanians were further angered by March's killing of a Jordanian judge by Israeli border guards at a crossing point between the Hashemite kingdom and the Israeli-occupied West Bank.