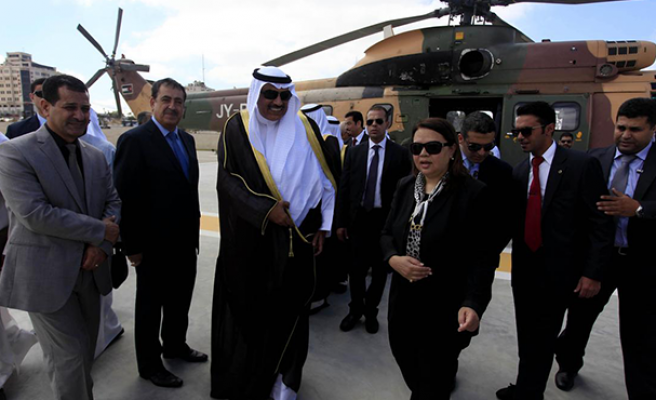 Kuwait's First Deputy Premier and Foreign Minister Sheikh Sabah Khalid Al-Hamad Al-Sabah arrived in Ramallah from Amman on Sunday for the first visit by a senior Kuwaiti official to the Palestinian lands since 1967.

The top Kuwait diplomat was welcomed by his Palestinian counterpart Riyad al-Malki and senior Palestinian Authority (PA) officials, according to Anadolu Agency reporter.

Sheikh Sabah is expected to meet PA President Mahmoud Abbas later Sunday for talks on the latest regional developments, the PA said in a statement.

Kuwait had severed diplomatic relations with the Palestinian Authority in 1990 following the Iraqi invasion of the Gulf country.

In 2004, Abbas offered apology for Kuwait for the PA support for the Iraqi invasion of Kuwait and last year, the PA opened an embassy in Kuwait.