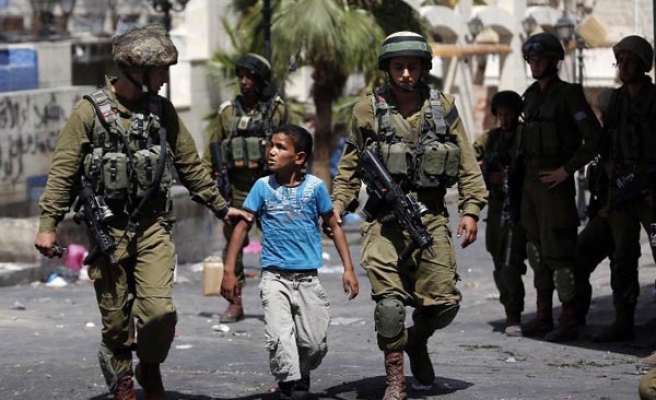 In a statement released on the occasion of Palestinian Child's Day, the committee noted that the detained minors had been picked up by the Israeli army in the Israeli-occupied West Bank and East Jerusalem and in the blockaded Gaza Strip.

According to the committee, the number of detained Palestinian children account for approximately 37 percent of the overall number of Palestinians arrested by Israel over the past six months.

Total arrests, the committee noted, had increased by a whopping 338 percent compared to the same period last year.

According to committee figures, at least 450 Palestinian children between the ages of 12 and 18 -- including 16 girls -- currently languish in Israeli jails.

The committee went on to note that, during arrest, detained children were often exposed to at least one from of physical or psychological abuse.

Overall, more than 7,000 Palestinians are currently being held in prisons throughout Israel, according to the Palestinian Ministry of Prisoners' Affairs.