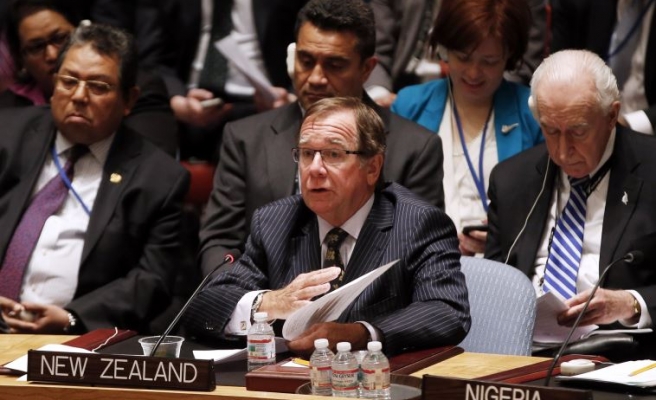 New Zealand has drafted a UN Security Council resolution calling on Israelis to end its expansion of settlements and urging Palestinians to refrain from referring cases to the International Criminal Court.

According to a copy of the two-page text, the draft urged both sides to avoid "provocative acts, including acts which threaten the historic status quo of holy sites in Jerusalem, including the Haram al-Sharif".

It asked Israel to stop its “continued expansion of settlements and demolition of Palestinian homes in the occupied territories”.

The move by the non-permanent council member, New Zealand, comes following a month of intense violence that flared last month when Israeli authorities launched a crackdown on Palestinians at Al-Aqsa Mosque complex, which is Islam’s third-holiest site, while strengthening extremist Jewish settlers' rights at the site.

The draft resolution also called on Palestinians to refrain from "referring a situation concerning Israel or the occupied Palestinian territories to the International Criminal Court”.

The state of Palestine became a party to the Hague-based court earlier this year in a move that could give the court a mandate dating back to June 13, 2014, to investigate and prosecute alleged war crimes committed on Palestinian territory.