No Israelis killed in Israel by Palestinians in 2013

In 2013 a total of 36 Palestinians were killed by Israeli forces in their own homeland. 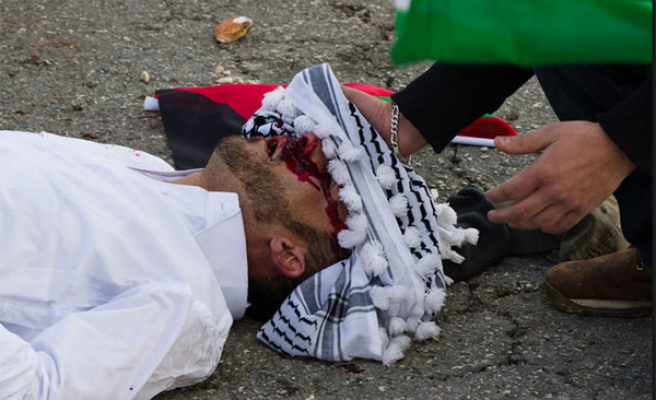 A report has revealed that not a single Israeli citizen was killed by Palestinians inside Israel throughout the entire year of 2013.

According to the Strategy Page, only six Israelis were killed by Palestinian resistence fighters in 2013, and all of those incidents happened outside of Israel.

While five Israelis were killed in the Israeli-occupied West Bank, one was killed in Gaza.

Three of those killed were Israeli army officers, whereas the other three were non-combatants.

Meanwhile, according to the Israeli Haaretz, in 2013 a total of 36 Palestinians were killed by Israeli forces in their own homeland.

The small number of Arabs killed by Israelis shows that Israelis kill Arabs only when they have no choice. If the Arabs want peace with Israel and abandon their evil idea to destroy it - a number of Arab casualties will be zero.The title of the news is false because for us there is no difference between an Israeli who lives in Judea and Samaria Israel lived in Galilee, Jerusalem, or Dan region, and there is no difference between a civilian or soldier to console to protect civilian lives.