Over 1,000 Gazans leave for Ramadan Umrah in Mecca

1,200 Palestinians left the Gaza Strip for Mecca in Arabia for a Ramadan pilgrimage, the Palestinian minister said. 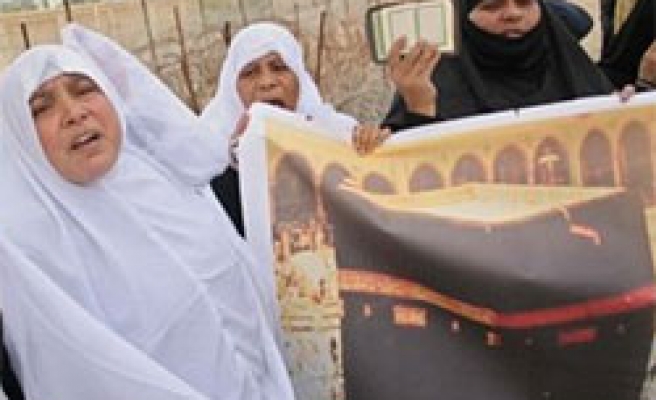 1,200 Palestinians left on Friday the Gaza Strip for Mecca in Saudi Arabia for a Ramadan pilgrimage, the Palestinian minister said according to Maan News Agency.

Gazans live under heavy Israel siege for a long time and Egypt still insists on not to opening the only Gaza border crossing in a move condemned by Muslims around the world in protests. They were also suffered from travel restrictions.

Gaza's Minister of Awqaf and Religious Affairs, Taleb Abu Sha'ara said a total of 3,000 pilgrims were scheduled to perform the pilgrimage, known as Umrah, adding that 1,800 have already left the coastal enclave. Sha'ara thanked Egypt for opening border crossing for Gazan pilgrims.

Ramadan is the ninth month of the Islamic lunar calendar. As a time to purify the soul, refocus attention on God, and practice self-sacrifice, every day during this month, Muslims around the abstain from food, drink, and other physical needs during the daylight hours.

Umrah is one of the important rituals in Islam and has been performed from its inception, visiting Kaaba. But it is the visit out of the time of Hajj pilgrimage.