Palestinian negotiator Saeb Erekat says there is no intention by the Palestinian side to extend the April 29 deadline for wrapping up the negotiations. 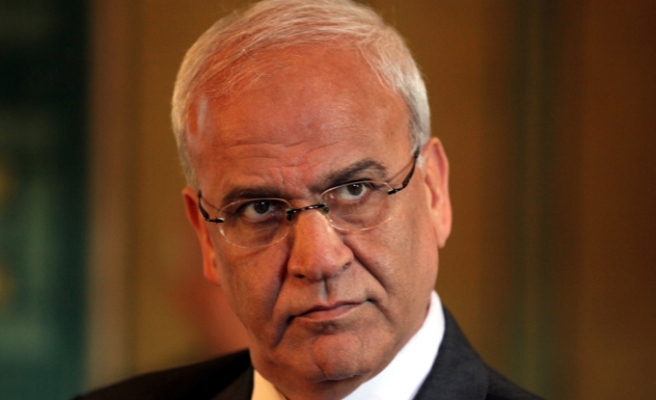 World Bulletin / News Desk
Chief Palestinian negotiator Saeb Erekat asserted Monday that the Palestinian Authority (PA) would not recognize Israel as a Jewish state – only hours after Israeli Justice Minister Tzipi Livni hinted that the Palestinians might accept the longstanding Israeli demand in order to secure a peace deal.

"I told Livni in Munich at a recent meeting that we wouldn't change our history, civilization and religion, and we wouldn't recognize Israel as a Jewish state," Erekat told the Voice of Palestine radio station on Monday.

Israeli newspapers quoted Livni, who heads up the Israeli negotiating team, as hinting that PA President Mahmoud Abbas might be willing to recognize Israel as the national home of the Jewish people.

"Wait, there will still be surprises," Livni was quoted as telling Senior Citizens Minister Uri Orbach after the latter described Israel's designation as a Jewish state as "something the Palestinians will never accept."

Washington-sponsored peace talks between Israel and the Palestinians were resumed last July after a three-year hiatus.

Results of the talks – which are reportedly focused on final-settlement issues such as borders, Israeli settlements, Jerusalem and Palestinian refugees – have yet to be announced.

Erekat, for his part, says there is no intention by the Palestinian side to extend the April 29 deadline for wrapping up the negotiations.

He added, however, that direct talks – which are being brokered by US Secretary of State John Kerry – had ground to a halt.