Al Rajoub said he had had enough of what he called "bullying" by Israel and believes heavy penalties should be given to the country's football association. 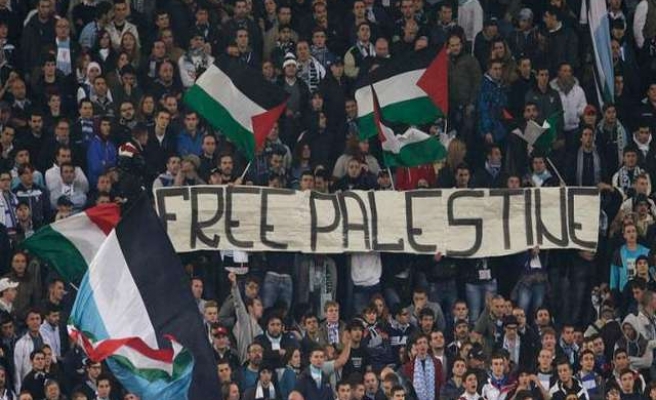 Al Rajoub, speaking after collecting the Asian Football Confederation's National Team of the Year award on Sunday, said three armoured cars turned up at his offices and that he notified FIFA President Sepp Blatter of the incident.

He said he will meet the Swiss in Morocco on Dec. 17 to discuss the matter.

Al Rajoub said he had had enough of what he called "bullying" by Israel and believes heavy penalties should be given to the country's football association.

"I do believe that last week raiding the headquarters of the association was a disgrace for everybody and I think this requires a position from the family of football," Al Rajoub told reporters in Manila.

"I think it is the time to take sanctions. What happened last week had no precedents in the history of sport...

"I want to remain representing...the values of the game rather than through the violence of the guns and rifles.

"It is time now to take sanctions and to raise the red card to those who think that through aggressions, through racist acts they could achieve."

Blatter and AFC president Shaikh Salman bin Ebrahim Al Khalifa were quick to voice their displeasure at the act.

Al Rajoub said that Blatter's appointed monitor in the dispute was in the region last week and was aware of what happened.

Palestine won the AFC award after claiming the Challenge Cup in May, an eight-team tournament which entitled the winners to a place at the 2015 Asian Cup in January.

Al Rajoub said that his side had been without six players for the Challenge Cup in the Maldives after Israeli forces blocked their departure.

He said he hoped they would be able to take all selected players and officials to Australia in January.

"I don't think it's fair to continue bullying. It's the time FIFA showed the red card," he said.

"I don't wish the suffering of the Palestine Footballers even the Israeli footballers. I want the game to be a good tool to build a bridge rather than to build hatred. What we are facing I think is catastrophic."