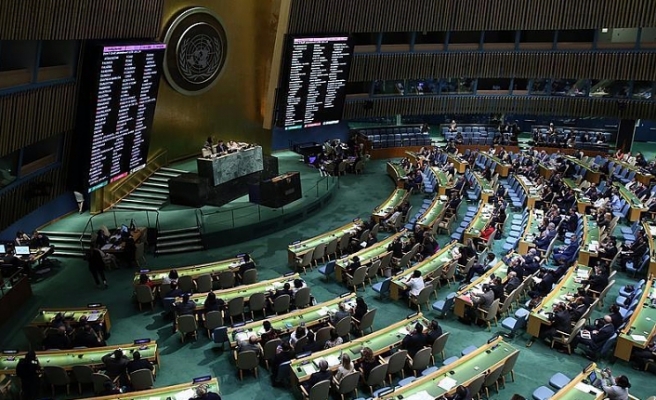 In a statement, the Ramallah-based authority thanked member states that voted against the U.S. draft.

"We will not allow the condemnation of the Palestinian national struggle,” it added in the statement cited by the official Wafa news agency.

Hamas, for its part, thanked all member states that voted down the U.S. draft resolution.

"This was a great victory for the Palestinian right, Arab and Islamic supporters and for the free people in the world and lovers of the Palestinian people," the group said in a statement.

It described the failure of the resolution as a “major defeat to the U.S. administration and its policies in the region."

The resolution, backed strongly by Israel and the U.S., needed a two-thirds majority to pass following an earlier vote in the assembly.

The vote ultimately failed to cross the higher threshold, with 87 nations voting in favor and 57 voting against. Thirty-three countries abstained.

Since Trump’s controversial Jerusalem move, the Palestinian Authority has rejected any U.S. mediation in the Middle East peace process.

Jerusalem remains at the heart of the perennial Mideast conflict, with Palestinians hoping that East Jerusalem -- occupied by Israel since 1967 -- might eventually serve as the capital of an independent Palestinian state.