"Without this [proposed] coalition, the region will be subject to further chaos and disintegration," Nabil Abu Rudeinah, a spokesman for Palestinian president Mahmoud Abbas said. 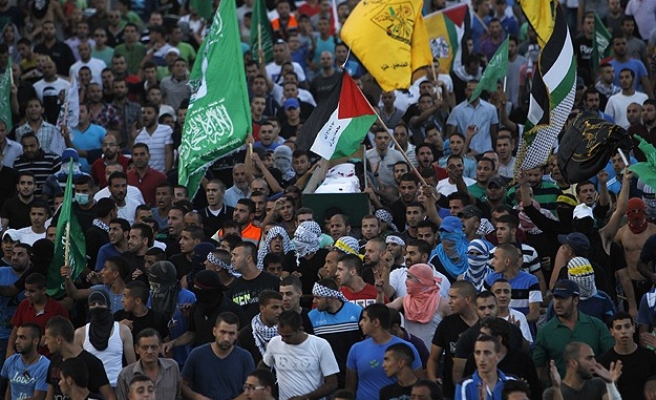 The Palestinian Authority (PA) on Tuesday called for the formation of an international coalition devoted to ending the Israeli occupation of Palestinian land, citing the global U.S.-led alliance – now in the pipeline – tasked with fighting the Islamic State of Iraq and the Levant (ISIL) group in Iraq.

"Chaos and danger in the region are caused by the Israeli occupation. Without a solution that is acceptable to Palestinians and Arabs, security and stability will not be achieved for any party," Nabil Abu Rudeinah, spokesman for PA President Mahmoud Abbas, said in a statement.

"Without this [proposed] coalition, the region will be subject to further chaos and disintegration," he added.

Abu Rudeinah cited "ongoing changes" in the region, saying the formation of new alliances would change the balance of power on the ground.

The blueprint calls on the U.S. and Israel to recognize a Palestinian state within the 1967 borders with East Jerusalem as its capital. It also includes a timetable for ending the Israeli occupation of Palestinian land.

The Israeli offensive ended late last month with the announcement of an indefinite cease-fire. The agreement calls for opening all border crossings between the Gaza Strip and Israel – which, if implemented, would effectively end the latter's seven-year blockade of the coastal territory.

In recent months, the ISIL has overrun large swathes of land in both Iraq and Syria. Since early last month, the U.S. has carried dozens of airstrikes across Iraq against sites said to be held by the militant group.

The U.S. is currently leading efforts to form a regional and international coalition to fight the threat to the region posed by the militant group.