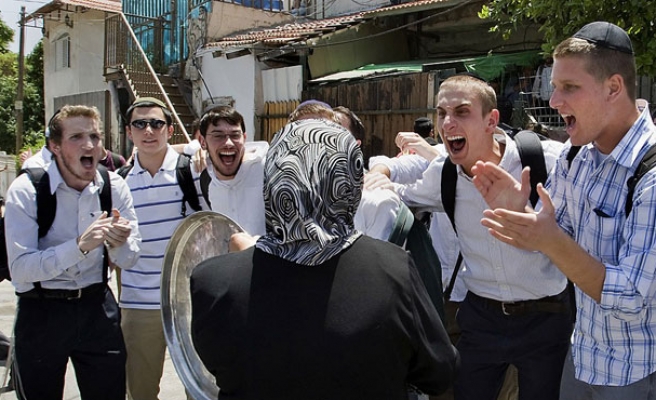 Palestinian President Mahmoud Abbas on Sunday called on the international community to protect Palestinians from increasing violence by Jewish settlers in the Israeli-occupied West Bank.

According to Palestine’s official WAFA news agency, Abbas, in a telephone call with UN Secretary-General Ban Ki-moon, urged the latter to act before tensions in the Israeli-occupied West Bank mounted further.

Abbas reportedly told Ban that Palestinians needed protection from “provocations by Jewish settlers at the Al-Aqsa Mosque [in occupied East Jerusalem] and the blocking of roads and raids on Palestinian villages [by settlers], all of which is being done under Israeli army protection.”

Due to a series of recent Jewish holidays, Israel has restricted Palestinian access to the flashpoint Al-Aqsa Mosque, Islam’s third holiest site, while allowing groups of extremist Jews to enter the site – despite a longstanding ban on non-Muslim prayer in the Al-Aqsa compound.

Recent incursions into the site by Jewish extremists – backed by Israeli security forces – have led to numerous clashes with Palestinian Muslim worshipers.

On Sunday, after two Israelis were killed in Palestinian knife attacks, the Israeli authorities imposed a two-day ban on Palestinians entering East Jerusalem’s Old City unless they are residents of the area.

Several clashes have also erupted in the Israeli-occupied West Bank, where Jewish settlers on Thursday went on an anti-Palestinian rampage – during which they attacked Palestinians and Palestinian property – following the murder of two Israeli settlers.

“Palestine has witnessed an alarming and deliberate escalation by Israel, particularly at the Al-Aqsa Mosque and in Jerusalem’s Old City,” Hanan Ashrawi, a leading member of Abbas' Palestinian Liberation Organization, said in a Sunday statement.

“Meanwhile, rampaging [Jewish] settlers enjoy the protection of [Israeli] occupation forces and the political backing of the Israeli government,” she added.

Ashrawi went on to accuse Israel of carrying out “collective punishment” against Palestinians following recent anti-Palestinian violence by settlers in the West Bank, which, she said, “constitutes proof that the Israeli government is deliberately creating a situation of violence and instability.”

She added: “It’s time for the international community to undertake its responsibility… to put an end to this lethal situation.”