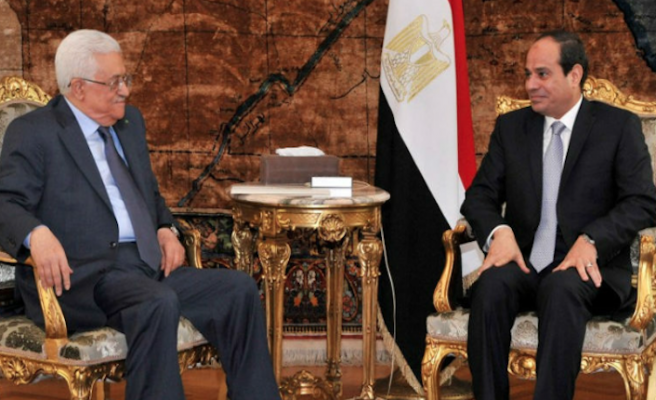 According to a source close to Abbas, speaking anonymously due to the issue’s sensitivity, the two leaders will meet on the sidelines of an upcoming World Youth Forum slated to kick off Saturday in Sharm El Sheikh.

On Thursday, Palestinian Ambassador to Egypt Diab al-Louh said Abbas would arrive in Cairo on Friday afternoon -- at the head of a high-level delegation -- before meeting al-Sisi the following day in Sharm El Sheikh.

Abbas’s visit to Cairo will come only days after the Palestinian president visited to Muscat, where he held talks with Omani Sultan Qaboos bin Said.

At their meeting in Muscat, the two leaders discussed the Palestine-Israel peace process and the recent U.S. decision to recognize Jerusalem as Israel’s capital.

Palestine-Israel talks broke down in 2014, due largely to Israel’s refusal to stop building Jewish-only settlement units on confiscated Palestinian land.

In September, Abbas had expressed his readiness to resume peace talks with Israel, either behind closed doors or in public.

On Tuesday, however, PLO Secretary-General Saeb Erekat said the Ramallah-based Palestinian Authority planned to cut relations with Israel in line with an earlier decision by the Palestinian Central Council.