Mohamed Mubarak, a 22-year-old from Jalazone refugee camp, was killed by Israeli soldiers in Ein Siniya, an area north of Ramallah. 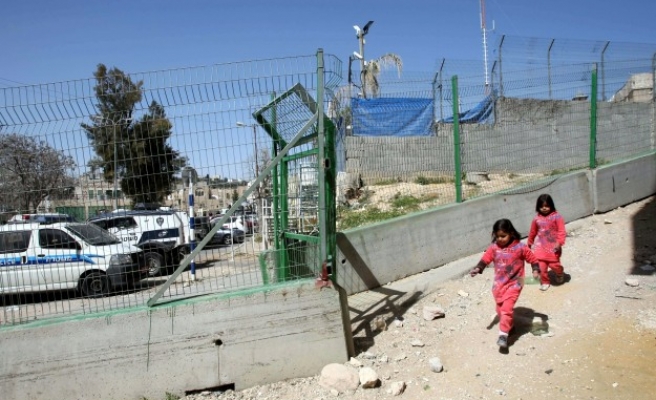 The Palestinian Red Crescent has accused Israeli forces of barring its ambulances from rescuing a Palestinian lethally shot by the troops near the West Bank city of Ramallah.

"Israeli forces prevented the ambulances from reaching the scene for an hour and half," Palestinian Red Crescent spokesman Mohamed Ayaz told Anadolu Agency.

Mohamed Mubarak, a 22-year-old from Jalazone refugee camp, was killed by Israeli soldiers in Ein Siniya, an area north of Ramallah.

He had sustained three gunshot injuries in the back and was dead upon arrival at Ramallah medical complex.

Ayaz said their ambulances had rushed to the scene to offer help to the Palestinian, before being stopped by Israeli forces.

"The Israeli forces sealed off the area and declared it a closed military zone," he lamented.

Mubarak was working in a USAID-sponsored development of a road between Ein Siniya and Ramallah, Palestinian Minister of Public Works and Housing Maher Ghneim said in a statement.

Ghneim said USAID had got the necessary approval for the road development project from the Israeli authorities. He called on international rights organizations to investigate Mubarak's death.

However, the Israeli newspaper YediothAhronoth quoted Israeli army sources as saying that an armed conflict had broken out between Israeli soldiers and a Palestinian militant in northern Ramallah after the militant shot at the car of Israeli settlers.

During Mubarak's funeral, which was attended by thousands, clashes erupted between Palestinians and Israeli forces near Jalazone refugee camp, with Israeli soldiers firing teargas and rubber bullets at mourners.

No casualties, however, were reported.

"My son was killed in cold blood. [Israeli] soldiers humiliated him in the street and killed him," Mahmoud Mubarak, 56, told Anadolu Agency.

"He was the apple of my eyes. I don't know what to do," cried the grieving father.

Ramallah Mayor Laiela Ghanam condemned the killing, urging the international community and human rights organizations to "intervene immediately to stop the bloodbath in the Palestinian territories."

Two Palestinians, including a woman, were injured early Thursday in clashes with Israeli forces near prophet Joseph's tomb in the West Bank town of Nablus.

He said that seven buses carrying Jewish settlers had arrived at the bomb under the protection of Israeli forces.

Israeli forces fired teargas and rubber bullets to disperse Palestinians who had gathered to protest the Jewish settlers' presence at the tomb, a holy site venerated by both Muslims and Jews.

"A woman and a young man were injured because of teargas and were treated on the seen," Emad said.

Joseph's tomb has long been a flashpoint for violence. Jews believe the site to be the burial place of the biblical patriarch Joseph. Muslims, however, challenge this claim, saying an Islamic cleric – Sheikh Yussef Dawiqat – was buried at the site two centuries ago.