One of the injured farmers remains in serious condition, a medical source told AA. 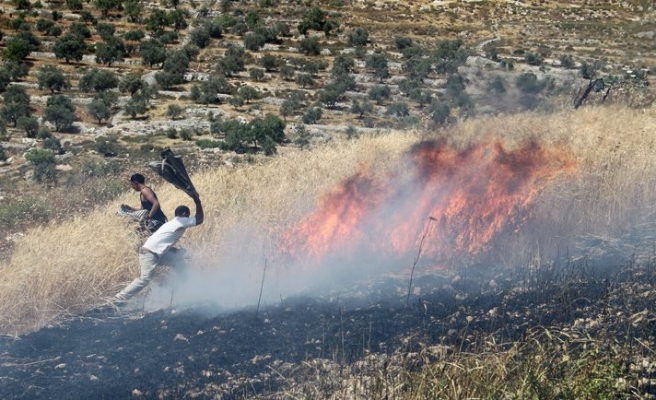 Three Palestinian farmers were injured on Thursday when they were assaulted by Jewish settlers in western Ramallah, eyewitnesses said.

"The three farmers were assaulted by settlers from a nearby settlement who wielded blunt instruments and sticks," an eyewitness told Anadolu Agency.

"The farmers, who sustained various injuries, were transferred to the Ramallah medical complex," he said.

One of the injured farmers remains in serious condition, a medical source told AA.

According to eyewitnesses, the farmers had been tending their land when the settlers attacked them.

Israeli officials were not available to comment on the incident.

From January to November of last year, at least 145 Palestinians were injured in a total of 91 attacks by Jewish settlers, based on figures released by the UN Office for the Coordination of Humanitarian Affairs (OCHA).

According to OCHA, the same period also saw 300 attacks on Palestinian-owned land and property by Jewish settlers.