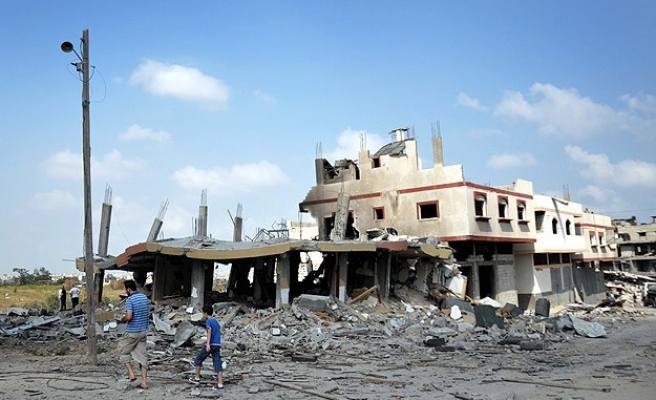 The plan was drawn up by a higher Gaza reconstruction committee headed by National Economy Minister Mohamed Mustafa and more than 20 ministries and local and international agencies, according to a statement by the Media Center at the Palestinian cabinet.

Israel's 51-day war on the Palestinian enclave left 40,000 homes in total or partial ruin, while Israeli attacks destroyed more than 500 factories and almost half of Gaza's agricultural fields, according to the Palestinian Housing Ministry.

Mustafa was quoted by the statement as saying that his government would discuss means of raising the required funds for the reconstruction of Gaza during an international donors conference in the Egyptian capital Cairo on October 12.

"Eighteen percent of Gaza's homes were either destroyed or damaged during the Israeli offensive," the statement quoted Mustafa as saying.

He said the reconstruction of these homes would cost around $1.9 billion.

The reconstruction of the Gaza Strip will top discussions at the conference, a statement from the Palestinian cabinet said.

Israel's recent 51-day offensive on the coastal strip left some 2,157 Gazans dead and 11,000 injured – many critically – while damaging or destroying thousands of residential structures across the Palestinian enclave.

Over the course of Israel's "Operation Protective Edge," at least 72 Israelis – 67 soldiers and five civilians – were killed.

The offensive – initially launched with the stated aim of ending rocket fire from Gaza – ended on August 26 with an indefinite cease-fire, which was celebrated by Hamas as a victory over the self-proclaimed Jewish state.