Israel could resort to pressuring the Palestinian government through its control of Palestinian tax revenues, Hamdallah warned. 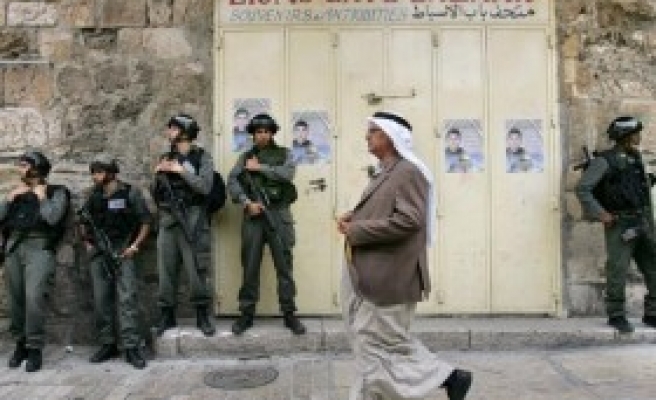 The Palestinian prime minister on Friday reiterated calls to Arab countries for "financial cover" to allow the new Palestinian unity government to "fulfill its obligations to institutions and citizens."

"There will be consequences from Israel if [Palestinian Authority] President Mahmoud Abbas heads to the [UN] Security Council and other international organizations this month," Prime Minister Rami Hamdallah said in a televised interview.

Israel could resort to pressuring the Palestinian government through its control of Palestinian tax revenues, Hamdallah warned.

Israel collects taxes on Palestinian imports and exports on behalf of the Palestinian Authority (PA).

"Taxes collected by Israel on behalf of the PA average $175 million per month, which covers about two thirds of the PA's current expenditures," said Hamdallah.

"This is why we're asking for financial cover from our Arab brothers – to avert any threats [posed by Israel]," he added.

The prime minister went on to say that the PA's monthly domestic revenues did not exceed $150 million, adding that he expected Israel to impose a "financial blockade" on the Palestinians if Abbas carried out threats to go to the UN Security Council.

Hamdallah said he would begin a Gulf tour on Sunday that would include stops in the UAE and Qatar, with the aim of obtaining funds pledged by these countries for the reconstruction of the war-battered Gaza strip.

Last month, a donors' conference in Egyptian capital Cairo pledged a total of $5.4 billion to the embattled Palestinians, almost half of which is supposed to go towards the reconstruction of Gaza.