Earlier on Tuesday, Israel announced the launch of a military offensive – dubbed "Operation Protective Edge" – with the stated aim of ending rocket fire from Gaza. 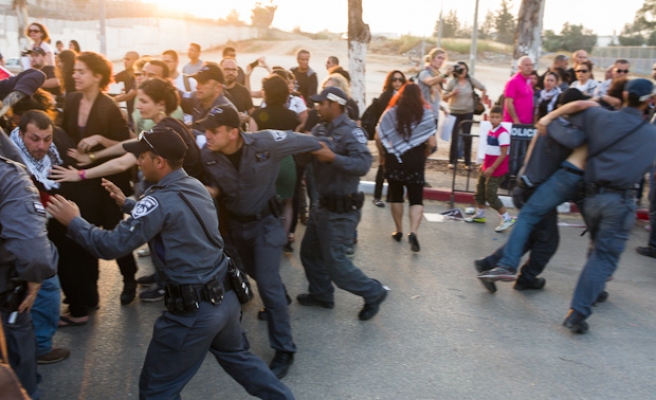 The Palestinian government on Tuesday called on the United Nations to provide the Palestinian people with international protection from Israeli military aggression.

In a statement, the government called on the international community to "assume its ethical and legal responsibilities and bring to justice the Israeli perpetrators of crimes against the Palestinian people."

Earlier on Tuesday, Israel announced the launch of a military offensive – dubbed "Operation Protective Edge" – with the stated aim of ending rocket fire from Gaza.

The Israeli army said on Tuesday that its air and naval forces had struck scores of sites across the Gaza Strip overnight, while ground troops were being mobilized on the border with the Palestinian enclave for a possible ground incursion.

At least 11 Palestinians have been killed in Gaza since the Israeli offensive began on Tuesday, according to reports from official medical sources in Gaza.

The Israeli campaign, the Palestinian government warned, threatened to "drag the entire region into more destruction and instability."

It also warned of an Israeli plan to launch "a full-scale assault on the Gaza Strip, in keeping with its long record of crimes against our defenseless people."

The latest escalations come amid heightened tension over the killing of three teenage Jewish settlers in the West Bank last month and the subsequent murder of a 16-year-old Palestinian boy by Jewish settlers.