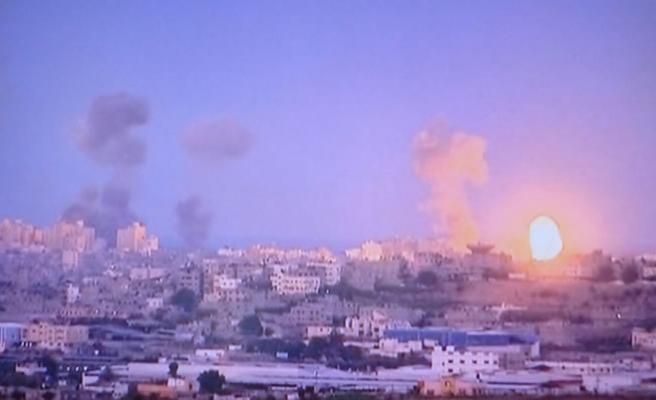 One Palestinian was killed and three others were injured in an Israeli airstrike in the Gaza Strip late on Sunday.

Israeli aircraft fired a missile into a group of Palestinians in al-Qarara village near the southern city of Khan Younis, eyewitnesses said.

An Israeli army spokesman confirmed the attack, saying it targeted a group of Palestinian militants preparing a rocket attack against Israel.

Since three Jewish settlers went missing from the West Bank in mid-June, the self-proclaimed Jewish state has launched several attacks on the Gaza Strip while carrying out a massive detention campaign across the West Bank.

Since the trio was first reported missing in mid-June, at least ten Palestinians have been killed and hundreds arrested – including a number of Hamas-affiliated lawmakers.

No group has thus far claimed responsibility for the settlers' disappearance.