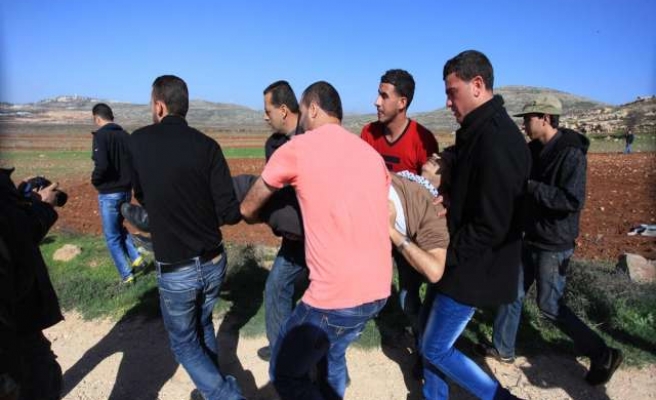 The death of a senior Palestinian official has garnered strong reactions from around the world.

Turkey has been among harshest countries to condemn Israel.

The cause of his death remains a matter of dispute. Palestinian officials said it was the result of beating and teargas-induced suffocation whereas the Israeli officials claim he suffered from coronary artery blockage.

Abu Ein was a high-ranking Palestine Liberation Organization, or PLO, official, whose portfolio was equivalent to that of a government minister. He was also in charge of the Israeli settlements issue in the PLO.

Jordan, Egypt and Qatar were the only Arab countries so far to condemn the attack, as the silence from the majority of the Middle East drew attention.

“We expect an objective and extensive investigation, and want those responsible to be brought to justice," said the Turkish Foreign Ministry’s statement.

"I am remorsefully condemning this despicable Israeli act," Erdogan said in an online statement from the official website of presidency.

"This incident which took the life of Abu Ein is the latest example of Israel's stance to the Palestinian people, comprised of violence, occupation and destruction," the statement read.

"Turkey will continue to fight against Israel's anti-humanitarian and outrageous actions alongside the Muslim world and other members of the international community."

U.S. calls on the prevention of violence

The State Department spokeswoman Jen Psaki said the U.S. had offered its condolences to the Palestinian minister’s family. The U.S. has also called for a quick, fair and transparent investigation into the incident, urging both sides to remain calm after the incident.

She also said the U.S. had offered its condolences to the Palestinian minister’s family. The US has also called for a quick, fair and transparent investigation into the incident and

German Foreign Minister stated the weeks of tension between Palestinians and Israelis has reached its worst point.

While EU foreign affairs chief Federic Mogherini said in a written statement that Israel’s use of force was wrong.

Jordan, Egypt and Qatar were the only Arab countries so far to condemn Israel over the death of Abu Ein.

Jordan’s government spokesman Mohammed al-Momani stated that the killing of the Palestinian minister was clear proof of Israel’s violation of human rights and urged to support the establishment of an independent Palestinian state.

The Egyptian Foreign Ministry expressed concern over Israel’s provocative practices on Palestinian territory and demanded an investigation into the minister Ein’s death and the killers to be put to justice.

Qatar’s official news agency, KUNA, said in a statement: “Israel has added a new violation against the Palestinian people.”

Abbas has denounced the Israeli attack on Abu Ein as "barbaric" and declared a three-day mourning period.

The Palestinian leader said during a meeting of the Palestinian Authority that "all options remained open" following Abu Ein's death.

The Israeli army, meanwhile, has since said it was reviewing the circumstances of Abu Ein's participation in the protest and his subsequent death.