Saudi authorities are offering a space for 5,200 Palestinians to perform the annual hajj ritual this year, including 2,008 people from the Gaza Strip 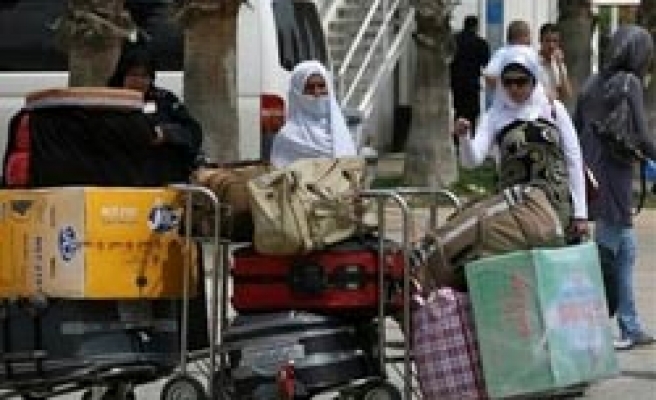 The first group of Palestinian pilgrims left the West Bank on Saturday morning on their way to the holy lands in Saudi Arabia to perform the annual Islamic hajj ritual.

Some 900 pilgrims from al-Khalil (Hebron) and Bethlehem in the southern part of the West Bank, have left for the holy lands, according to a statement issued by Palestinian police, a copy of which was sent to Anadolu Agency.

A second batch of pilgrims will leave the West Bank on Sunday, while a third group will leave one day later, the statement added.

Hajj tips and instructions have been given to the pilgrims on performing the ritual, including the need for pilgrims to keep their official documents and baggage information. They also include a list of items pilgrims are allowed to bring with them on the way back from the hajj.

Saudi authorities are offering a space for 5,200 Palestinians to perform the annual hajj ritual this year, including 2,008 people from the Gaza Strip.

Saud Arabia will allow 1,000 relatives of Palestinian martyrs and prisoners to perform the hajj this year from the West Bank and the Gaza Strip, down from 2,000 in the past.

Saudi authorities attribute the decline in the number of space offered to relatives of martyrs and prisoners to maintenance work at al-Masjid al-Haram.