At least 50 people were hurt in a clash between Palestinian police and residents of a refugee camp protesting against a strike in a U.N. aid agency that has paralysed services 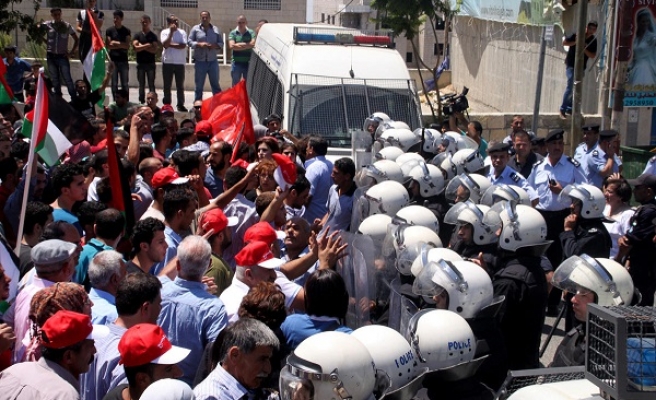 Around 50 Palestinian people were wounded on Sunday in clashes with refugees who blocked roads leading to the West Bank city of Ramallah to protest lack of services in Jalazone refugee camp.

Earlier today, scores of Palestinian youths blocked the road connecting Ramallah and Nablus, which is adjacent to Jalazone refugee camp, to protest disruption of services provided by the UN Relief and Works Agency (UNRWA).

The services were suspended amid an ongoing strike by UNRWA personnel.

The UN agency, for its part, said it had to reduce the services which were provided to the Palestinian refugee camps, due to financial deficit.

The protesters called on the Palestinian Authority and the UNRWA to work towards ending the strike and addressing the demands of the striking personnel.

The striking employees demand UNRWA to apply annual increase to their salaries and stop a series of cuts that led to the dismissal of dozens of their colleagues and the cancelation of several vital programs.

UNRWA provides food, education, sanitation and – in some cases - fiscal assistance to some 5 million Palestinian refugees in Gaza, the West Bank and Arab countries, such as Syria and Lebanon.

He noted that the UN agency dedicates a great share of its money and efforts to help Palestinian refugees in Syria, especially in Yarmouk refugee camp, where many people have died of hunger due to a siege on the camp.