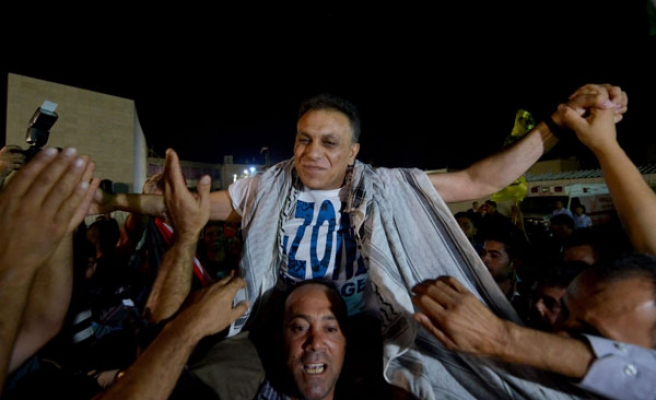 Israel on Wednesday freed 26 Palestinian prisoners as part of renewed peace talks between Israel and Palestine.

Fifteen of the freed prisoners have arrived at Gaza's Beit Hanoun border crossing early in the morning. Prisoners were welcomed by a delegation from the Palestinian Ministry of Detainee Affairs alongside representatives from Hamas, Islamic Jihad Movement in Palestine and thousands of joyful Palestinians.

Embracing the freed Palestinians with joy, Abbas said, "The remaining prisoners will also be freed. They lead the way and the others will follow. I send my regards to all families of prisoners and underline that we will not be relieved untill all are freed."

The Israeli government had announced its decision to free 104 Palestinian captives held before the Oslo Agreement in 1993. 26 were released and the remaining 78 will be released in upcoming days part of renewed peace talks between Israel and Palestine.

There are currently 4,800 prisoners in Israeli prisons including 14 women and tens of children, according to Palestinian Ministry of Detainee Affairs