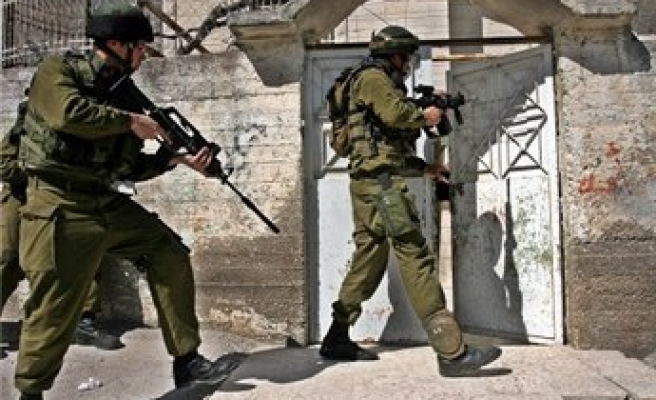 Israeli forces killed a teenager in Jenin camp on Tuesday during an arrest raid, locals said.

Islam al-Tubasi, 19, was shot in the leg after Israeli soldiers raided his family home in Jenin refugee camp. He was arrested and taken to a hospital in Israel, where he died from his injuries, sources told Ma'an News Agency.

"Special units stormed the house after Israeli forces bombed the door and immediately went to the roof of the home where Islam sleeps. He tried to escape and they shot him and then dragged him out of the house and took him to an unknown destination," family members told Ma'an.

A large patrol of around 20 Israeli military vehicles entered the camp at dawn and raided several homes.

Tension is still high in the camp with Israeli reinforcements arriving near the camp.

The Israeli army did not make any statement.

Israel has occupied not just Palestine, but America too. Cunning distribution of enormous amounts of Jewish money have wrested control of our congress, wrecked our economy and enabled Israel's wars and racist malevolence. The Wall Street felons remaining unpunished, traitorous excesses of American Israel Firsters, and AIPAC actually writing congressional legislation attest to the depth of the occupation. Our democracy is being methodically overthrown from within and transformed into a world dominating racist ultrapower, the JEWISH STATE OF AMERICA.

Israel is waiting another Hitler... and it will be from Palestine. InshaAllah